I mean, it’s obviously not dead yet, because people are still on Twitter talking about The End of Twitter, but what they’re saying is “the asteroid is coming, it’s time to say goodbye.” It appears to have something to do with Elon Musk telling his Twitter employees they either had to commit to “hardcore work hours” or accept a three month severance package, and huge swaths of Twitter employees basically called his bluff and quit.

So the expectation now is that there won’t be enough expertise on hand to keep Twitter running, and the next time the Fail Whale rears it’s whaley head it’ll basically never go away. People are moving on to other social media sites (I am on Mastodon, if you’re wondering) and wondering what the future of online and social media will be like. I do have a few thoughts about that.

Twitter will probably never completely go away. The Twitter domain name is too valuable not to have something there. It may be a shadow of its former self, either a Gollum or a Ringwraith depending on how much money it has at any given time, but there will probably be some tattered remnants of a community there long after its been abandoned. You know, like that one MMO you still log into to play even though it hasn’t had an update in years and there are only twenty or thirty other people logged in at any given time.

Heck, MP3.com1 has been gone for almost 20 years, but the domain is still there. It’s… sort of an entertainment news site these days, maybe? Twitter has that to look forward to!

I’ll miss Twitter if it goes away, but only because I enjoy following the people I follow, and I enjoy interacting with the people I interact with. But I’ll just have to learn to use other services to do the same thing.

That said: I refuse to dance on TikTok. 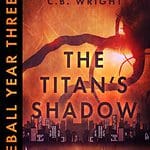 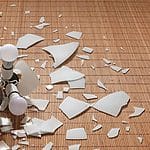 This Is Normal, Right?

Beautiful plumage! But they stun easily :{

Treating everything as a cost center that can be trimmed with no consequences, except bumping the stock this quarter, is tripping several manglement who believed their own hype.

I haven’t used Twitter regularly since they killed the APIs that enabled TweetDeck. They could have been at the center of social networking. Instead they tried to be a silo. It worked for a while.