Perhaps our greatest achievement to date has been our ability to convince people to spend enormous sums of money to purchase software that they do not, in fact, own. The idea of product licensing has so thoroughly saturated the computer industry that no piece of software exists without one — the government even created a license to cover unlicensed programs, which it calls “public domain.”

Of course you understand the idea behind the software license, but permit me to explain it nonetheless, simply to satisfy my own rhetorical aestheticism. In our industry, the sole owner of a program is the person who programmed it, unless he specifically transfers those rights to someone else. At Ubersoft, our programmers sign away their rights to the bounty of their work to us — a sacrifice they are reimbursed handsomely for. Therefore, any software that comes out of Ubersoft is owned by Ubersoft, and is ours to do with as we wish.

In fact, unless he is a programmer himself, every single piece of software on his machine is owned by someone else. If he is required to pay nothing for it, and can use it in any way he chooses, it is only because the license attached to the program gives him explicit permission to do so. If he may make innumerable copies of that program and hand those copies out to anyone he pleases, it is due to the authority of that very same license and nothing else. Even the free software community relies on the strength of software licenses to protect their much lauded flexibility and “open” development environment.

As I said, this is well known to you. What you may not know is how, exactly, this came to be.

Many people accuse us of swindling and defrauding the public with our licenses — what they fail to realize is, we never deny or pretend to do anything other than what we actually do. We never acknowledge any form of ownership or rights on the side of our customers, we own the software, and we can do whatever we wish with it. They use it at our discretion, and the right to use that software can be revoked when they use it in a manner that displeases us. We are wholly and completely honest and forthright in our dealings in this manner, and yet people walk away, holding little more than a cardboard box in their hands, feeling as if they now own something.

Rationally they know they own nothing; but viscerally, emotionally, they believe they own what they have bought. In this manner we maintain our control over our product and our customers do not chafe. Everyone is happy, equilibrium is maintained, and we remain in control.

How did we instill this wondrous illusion of ownership while never once suggesting that it was true — in fact, stating vehemently that it was not? The short, pithy, and somewhat inaccurate answer is that we used “magic.” The longer, more involved and far more precise response is that we have used the inherent flexibility of language to allow words to contain dual and often opposing meanings.

When George Orwell wrote “1984,” he described a dystopian world wherein the powers that be used a device known as “Doublespeak” to keep its citizens obedient. Doublespeak is an interesting but terribly crude concept — essentially, words with opposing meanings are treated as the same thing: hate is love, war is peace, slavery is freedom, that sort of thing. By making both words equivalent, the population had no vocabulary capable of effectively sustaining disobedience and revolution. How can you even conceive of fighting for your freedom when your first thought is that it is the same as slavery? In effect, Doublespeak causes opposite concepts to nullify each other, creating a vocabulary filled with no ideology whatsoever, and promoting a compliant, malleable citizenry.

Though Orwell’s book was startling, and caused many to examine their authority figures with far more scrutiny than I find comfortable, we are fortunate that his views on shaping and conditioning people were much cruder and far less accurate than his insight on the desire to control, and to control utterly. Orwell’s problem was that he approached the entire task completely backwards. He can be forgiven for this, because he was a trailblazer in the science, and his heart wasn’t really in it — he wanted to warn, not encourage. Still, it is a cumbersome thing to convince a human being that two opposing words mean the same thing. It is far simpler, and much more effective in the long run, to convince a human being that one word can mean two completely different things entirely.

You can spend three or four years trying to convince someone that there is no difference between peace and war; you can take half an hour to fourty-five minutes and convince someone that when you perform an act that is associated with the word “war,” and you tell them it is “peace,” that the act in question, is, in fact, an act of peace. Have you noticed that “peace-keeping forces” are always armed? This is a perfect example of what I am talking about.

We take a word, embrace its original meaning, and add a new, opposing meaning to it. We use the same word and practice both meanings at alternate intervals until either meaning will be accepted without question, and then use whichever meaning suits our purposes. I call this “Twinspeech” — the science of attaching two conflicting meanings to the same word, and jumping between them as it suits your purpose.

It is very important that you understand this concept, as it is a fundamental part of everything we do. To illustrate Twinspeech in action, I will explain how we used its principles to create the current ambiguity in the meaning of the word “ownership” that allows us to have the free reign we have with software licenses today.

When you think of ownership, you think of something that is yours and no-one else’s. Especially in the United States, where the ideology of Capitalism reigns supreme, this definition is so deeply ingrained that it would be very difficult to convince anyone that ownership means anything else. For this reason, we did not start by trying to convince people that “ownership” had anything in common with “licensing”… instead, we started from the opposite end of the spectrum. We introduced the idea that “licensing” software really wasn’t all that different from “owning” it.

Note the use of quotes. The first step in diluting a word is to insist that it have a primarily theoretical rather than practical meaning. If it is only a theory, than any real-world example must therefore be approximations and open to interpretation.

Most of our customers thought of their property in very specific ways. The trick, we decided, was to get our customers to think of software in the same manner — all the while never once allowing for any ambiguity as to who really owned it. We always and adamantly maintained our ownership over the software, as that protected our legal claims to our intellectual property in court. At the same time, we subtly encouraged the customer to feel as if they owned the software, whether they actually did or not.

In our product documentation we talk about “your software” or “your licensed software,” usually in the same sentence as “your computer” or “your CD-Rom drive” or “your hard drive.” There is an important difference between “your software” and “your computer” — it is quite likely that the customer actually owns the computer, while as we both know the software is actually owned by Ubersoft. When we say “your software” it is actually shorthand for “the software you have licensed from Ubersoft, Incorporated.” Fortunately for us there is no distinction in the English language between both uses of the word “your,” and this lack of distinction creates confusion that we exploit aggressively — it is inevitable that on some level the customer will associate “your software” with “your computer.”

Our help desk technicians, when talking to customers, also refer to the software as “your software,” and they further this by asking for “your serial number, which is on the back of your CD’s jewel case.” Again, “your” is merely shorthand, but again it is usually lost on the customer.

We take great pains to make the interface of every program immediately accessible. We want at least a certain level of ease of use… the customer must feel as though the program were designed with him or her in mind. Further, we make each program at least superficially customizable, allowing a customer to change colors, modify toolbars, that sort of thing. When a customer can leave a mark on a program, it feels more like it belongs to him.

We market our consumer products specifically with the idea of ownership in mind. One of our most successful messages is that “computers change your life, for the better.” We invoke the biggest and most important piece of property an individual owns — his life — and we associate it with software. “UberWordSoftPro makes your life easier, and brings you closer to others.”

The other thing we do, probably one of the most effective ways we have of associating the purchase of software with owning it, is that we make customers pay for it — and we call it that. One does not rent Nifty Doorways, nor does one lease it: one buys it, in a store, and one takes it home. The words “buy” and “purchase” are very strongly associated with “ownership.”

Even now I can sense you wondering where this is going, what it is all leading up to.

Once upon a time, before the advent of the Personal Computer, software ran on mainframes, and people sat at “dumb terminals” in order to use that software. No one was particularly happy with this, because they disliked the lack of control — they didn’t “own” it. We saw a great opportunity, and when the PC was born we rode the wave of “distributed computing,” positioning ourselves as the champions of freedom and independence. Customers hailed us as heroes, flocked to us in droves, because to them we were representing what they wanted — the opportunity to own and control their computers and software.

We chose this course because it allowed us to greatly increase our customer base, but the old mainframe model of computing had many advantages: for example, it was much easier to maintain, and therefore cheaper to develop and to support. If customers could be brought to accept this business model, it would be ideal — development costs are kept at a minimum while profits are maximized, because you are the only source of the software, and your control over it is absolute. Unfortunately, people had strong feelings against such a model, because it conflicted with their natural desires to possess.

We led them astray, however, with the single-minded intent of bringing them back into the fold. Over the last two decades we have been making the non-ownership of a program feel remarkably like ownership, and customers are no longer as quick to see any distinction between the two. In time we will be able to effectively say the word “license” and immediately cue the emotional response “ownership.” It will ultimately enable us to convince our customers to agree to a subscription model of software use, where they rent our applications for a certain length of time, all the while feeling as if they actually owned it. Combine this with our Ubersoft.NIT initiative, and you have a holy grail of the computer business world: the return to the mainframe business without any of the stigma. The customer will feel like he owns everything and will effectively own nothing — and remain wholly ignorant of that fact.

Twinspeech does this… and it can do much more.

Respectfully,
The Dark Lord of Ubersoft 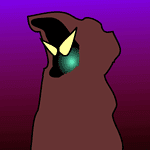