It’s late, he’s tired, he wants to be home. The moon is hidden, the night is heavy and thick, the only light he sees comes from his headlights. The road stretches on, invisible, coming into view only at the edge of his high beams with a startling suddenness that makes him feel like he’s driving too fast, which is true.

He drives, and hours pass: hours of darkness behind him, with hours more ahead, the rhythmic sound of the car driving along the road, the sound of wind rushing past the windows, the lane marking stretching ahead in a solid, unending double line. It’s hypnotic, and he feels like a ghost, gliding through the world invisible to everything around him. He drives, and he drives, and the distinction between his car and the outside world begins to blur. The distinction that there is an outside world begins to blur: occasionally there are trees, and he is vaguely aware of them. Mostly he focuses on the road, and the line of the road. The road becomes just another line on his windshield, the trees no more significant than the dirt and bugs caked into the glass. He drives, the scenery passes unnoticed, and the yellow line continues so straight and unchanging that it looks like it’s not moving. He drives, and the world feels smaller, until the alpha and omega of that world becomes the seat, the dashboard, the windshield. Everything around him fades, and the only things he believes in are the ache in his back, the soreness in his legs, the stiffness in his neck, and the eternally unending line painted on his windshield.

And then, in a flash, it changes.

In an instant, the world around Matthew becomes real. The glass and steel barriers that surround him are nothing, and the rest of the world is everything. He is overwhelmed by the presence of something electrifying: there are many trees on the side of the road now, and they’re only shadows on the edge of his high beams, but those shadows feel more solid than his hands gripping the steering wheel. Matthew is wide awake, but he feels like he’s fading, drifting away, dissolving into the ether while those shadowy trees grow more and more solid.

A scent fills the car, a scent he can’t describe. It’s sharp and fresh, and it tickles the edge of his memory, trying to coax out something he can only vaguely remember. It makes him yearn for something, something lost but close by. He drives on, and the world around him is real, and he’s a ghost, lost in the darkness.

Minutes pass. He drifts along the road like a dry leaf, crumbling pieces of himself behind in his wake, and all at once he wants to stop. The trees are no longer trees, they’re a wall, and beyond that wall is… something. Something real. He wants to stop his car, pull over to the side of the road, walk past that wall of real, shadowy trees, and see what is there. For a moment Matthew imagines himself an explorer, discarding the sepia-toned world of obligation behind to pursue what he can only describe as limitless possibility. He wants to do it. A part of him desperately wants to do it, is screaming from the depths of him to just stop the car, get out, and be in the world.

But the line on his windshield—the solid, yellow, unending line—is still there, pulling him on.

He thinks of his home. His bed. He reminds himself he wants to sleep, that he needs to call his agent in the morning, that a half-finished canvas is sitting in his studio waiting for the next layer of paint. He reminds himself of everything he has to do in the days to come.

Matthew isn’t the only person to find himself driving down an empty road in the middle of the dead of night, wondering if he is the illusion and the shadows around him are real. Many get this feeling, and find themselves overcome with the urge to stop, to get out, to follow the tug of whatever pulls them away from the life they have. Most, however, find the feeling is fleeting, the line of the road is strong, and they don’t stop. They drive on, the shadowy trees fade away, and the real world trails off behind them. The ones who find the pull harder to resist might turn on the radio, preferring the nasal lamentations of the AM country station to the small part of themselves still mourning the loss of that one, brief taste of possibility.

Occasionally these people—the ones who drive on—will remember flashes of that night. They’ll half-remember the pull of the trees, and a small, hidden part of themselves will wonder what would have happened if they’d actually stopped.

Matthew isn’t one of those people. 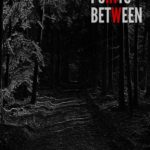 The Points Between: Chapter One

The Points Between: Chapter Nine

The Points Between: Chapter Two

The Points Between: Chapter Three