True to his word, David has the cargo plane waiting for them on the runway when the bus finally hits the airstrip. CB has to swerve to avoid a curiously man-shaped indentation in the road, causing all the passengers to shout in alarm and protest. Once they pass the strange pothole CB eases off the accelerator, allowing inertia to slow the bus a bit before he tries the brakes. He’s a little worried about those brakes. He suspects they might be holding a grudge.

The bus shudders, the brakes squeal, and the strong smell of the wrong thing burning fills the interior. The bus finally stops fifteen feet from the cargo plane, and the loud bang and clatterclank that immediately follows suggests that it will never move again under its own power.

CB opens the swinging doors and Jenny immediately hops out, shouting for people to head for the plane. They’ve already been instructed to leave their luggage behind—there’s no time—and fortunately nobody is willing to die for an extra change of clothes. They exit the bus in much less time than it took them to get on.

The plane’s cargo ramp is down, and Agent Grant is there—on both sides—shouting at people to board in the back. There’s little discussion, though one of the passengers does grab Agent Grant by the lapels, jerk his head in CB’s direction, and growl “please tell me that lunatic isn’t flying the plane!” before scurrying up the ramp as fast as he can manage.

“Are we ready to fly yet?” CB asks, not bothering to disguise his impatience.

Grant shrugs. “I can’t do anything about it, so I’m not thinking about it. But I’ll be on board when you go. I’ll also be back there.” He jerks his thumb in the direction of the main Thorpe facility. “They figure it’s a good idea to have me in both locations so we don’t have to communicate by radio. Thorpe thinks that’s probably being monitored.”

“Makes sense,” CB says. “Street Ronin, how much time do we have left?”

“That depends on how well this moat works,” Street Ronin says. “I want to say ten minutes.”

“That’s what you want to say,” CB says. “What do you feel obligated to say?”

“Doable.” David Bernard’s voice cuts in, crisp and energetic. “Just get everyone on the plane.”

“There’s sort of a man-sized crater in the middle of the runway,” CB says. “Did anyone else notice that? Seemed a little out of place…”

His gaze wanders out toward the west beach, where most of the activity is currently going on. The trench that Jack, Vigilante, and Roger have been working on is clearly visible, even from where they’re standing—it really does look like a waterless moat. So far, it seems to be working—the creatures are falling into it, but nothing is coming up the other side.

“How far down does this island go?” CB wonders.

He doesn’t expect a response, but he gets one anyway.

“About a mile and a half in the middle,” Robert says. “Half a mile at the edges.”

“I’ve been busy,” Robert says. “We’re ready to evacuate at any time. As soon as you’re away, we’ll push off.”

Just then Jenny emerges from the back of the cargo plane, waves to CB, and gives him a thumbs up.

“Passengers are on the plane,” CB says.

One Agent Grant blurs and disappears, the other climbs up the ramp and disappears into the plane. CB hurries after him, getting inside just as the ramp starts to rise.

Most of the people are huddled together in the cargo area. The smaller passenger cabin is nearly packed solid. CB makes his way through the crowd, finally reaching the flight deck, where he finds David in the pilot’s seat, looking completely at ease for the first time in CB’s memory.

“You gonna be able to get us off the ground?” CB asks, sliding into the copilot’s chair and strapping himself in.

“That’s not going to be the problem,” David says. “Assuming the gremlins have left her alone, we’ll be up without a hitch. I’m more worried about what happens once we’re in the air.”

“You think someone’s waiting out there with a missile launcher or something?” CB asks.

“No, what I’m worried about are all those people in the cargo hold. Depending on how high up we go, and for how long, it’s gonna get pretty cold back there.”

Jenny and Agent Grant enter the flight deck just as David finishes talking. Jenny sits in a chair just behind CB’s. Agent Grant just stands in the doorway, looking on.

“I thought we were using an encrypted channel,” David says.

Grant shrugs. “I’m just telling you what he’s telling me.”

Grant nods. “I’ll be your communications officer from here on out. I want you to call me ‘Uhura.’”

“We’re ready,” David says. He flips a switch on the cockpit and picks up the radio microphone hanging over the throttle. “This is your captain speaking. This is going to be a very fast takeoff. We’ll be going straight up for a bit, and it will be uncomfortable. Try to hold on to something. Those of you in the cargo area, there should be netting along the walls that you can grab on to. Those of you who can’t grab on to something, grab on to someone who can. Everyone try to stay calm, we’ll be airborne soon.”

There’s a low whirrrrrr, and the plane vibrates slightly as the wings begin to rotate.

“Oh, uh, Agent Grant,” David says. “The timing on this is going to be a little tricky, but I’m going to need Street Ronin to turn off the point defenses before we take off.”

“He mentioned that too,” Agent Grant says. “It takes about twenty seconds to power them down. Tell me when and I’ll tell him when.”

“You sure you can fly this thing?” CB asks.

David smiles slightly. “I was Sky Commando. I had to become a fully accredited pilot as part of training.”

“Accredited for what?” CB asks.

“Everything,” David says. “Of course, I’ve had three really bad concussions in the last year and a half, so…”

“He was on a time island,” Jenny says. “Everybody shut up and let him drive!”

David’s smile breaks into a grin. “Thank you, Zero.”

The plane shudders as its engines come to life. The plane jolts, hops a little in place, and then slowly begins to rise into the air.

Agent Grant starts singing Up in the Air, Junior Birdmen.

“The plane has cleared the runway,” Street Ronin reports. “Vigilante, Jack, Overmind, Regiment, please get over here with all due haste.”

The silvery-metallic form of Overmind appears immediately just to Street Ronin’s right. A dull booom can be heard from somewhere above, and then Regiment says over the line “We’re in.”

Robert Thorpe stands, leaning heavily against his cane, watching the tactical display on the large screen at the end of what was formerly his office. “Time to go,” he says. “All stations report in, we are casting away.”

The plane is high enough to show the entire island now, and the scene is both fascinating and horrifying. With the point defenses off, there’s nothing to keep the creatures at bay, and from up there they look like ants swarming over the remains of discarded food. Only the very center of the island, where the main complex is, is untouched. Every other square foot of land is covered in black, rubbery flesh.

“Hope the others got away,” CB says.

“We did,” Agent Grant says. “Everyone accounted for. Vigilante and Scrapper Jack are nursing their wounded pride, but other than that we’re all healthy.”

Agent Grant snorts. “Apparently Regiment decided they weren’t going to make it back in time, so he gave ’em a lift. I guess it wasn’t a very dignified way to travel.”

CB laughs. “I guess not.” He feels himself starting to relax.

“Right,” David says. “We’re no longer in danger of being eaten alive. Where do we go from here?”

The bottom of the ocean is dark.

Street Ronin stares at the mass of thrashing, twisting dark shapes swimming overhead. The viewscreen is able to filter light and color in a way that allows them to see the creatures clearly, despite the absence of light, and they look even more otherworldly as a result. The sheer number of them is staggering. Even now, even after the island has been almost entirely overrun by these things there are still legions of them in the water.

“Where did they all come from?” he asks, mostly to himself.

Street Ronin glances up at Overmind, still in his battleform, his silver eyes narrowed as he watches the screen.

“They are not from this world,” Overmind continues. “They are from a place that is utterly and completely hostile to the surface of this world. When they are here, they exist only to swarm, and to destroy.”

“I suppose that depends on how you look at it,” Overmind says. “Individually they are actually rather inconsequential. They are dangerous because they are endless. You can destroy one, a hundred, a thousand… but you cannot destroy them all.”

“Overkill…” Overmind considers this. “I might have thought so, a few hours ago. On the other hand, we survived.”

“Yes.” Robert Thorpe hobbles forward to join them. “We did survive. Almost every employee on this facility is accounted for, and while I’m going to miss my island very much…”

His voice trails off for a moment. His eyes unfocus slightly. He coughs, blinking rapidly and continues.

“While I will miss my island very much, I had the foresight to make sure our labs were part of the Nautilus.”

Street Ronin laughs sharply. “You named this thing the Nautilus?”

Thorpe smiles. “What else would I name an experimental underwater vessel dedicated to scientific research? The point is, despite our enemy’s best efforts, we’ve lost very little. All the victims of their experiments are still here, still alive, still safe. When we can figure out how to revive them without killing them, we can do that here. We still have all the resources we need to plan. They have failed in almost every way possible.”

“Almost,” Overmind agrees. “Though there is one way in which he very much succeeded.”

“Their leader,” Overmind says. “He sent me a message today. Me, personally: he’s told me exactly how far he is willing to go in order to advance his aims. He’s willing to open Pandora’s box and empty it completely, if need be. Even Elpis itself he would let fly free.”

“It is,” Overmind says, “and it is the cruelest of all human affliction.”

“Artemis—” Robert reaches out to grasp the man’s arm, but he shimmers and disappears.

The bridge is silent.

“I need the current location of Artemis LaFleur.”

“Doctor LaFleur is not aboard this vessel,” the computer replies.

“Doctor LaFleur is not aboard this vessel,” the computer repeats.

“I am,” the computer says. “LaFleur’s signature does not register in any hallway or compartment on this vessel. The most likely alternative is that he has teleported to another location.”

“Teleported?” Street Ronin looks at the spot where Overmind had stood only moments before. “Off the ship? To where? Can he do that?”

“I assume he can,” Robert says. “As to where… well. Given his state of mind when he left…”

He raises his voice again. “Daniel, please locate Jack Barrow and tell him to come to meet me in Conference Room A. When he asks why—he will—tell him Artemis did the stupid thing he was worried about.”

Robert turns to Street Ronin. “The rest of you should be there too. Can you make the calls?” 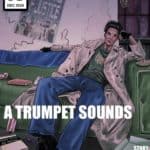 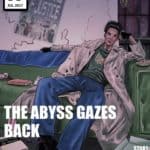