They haven’t spoken of anything important—other than how each prefers their coffee prepared—since CB and Agent Grant left. Artemis drinks his coffee slowly, savoring the bitterness and the heat, and waits.

He is very good at waiting.

Finally Robert sets his cup down and sighs in relief. He adjusts his seat, sitting more fully upright.

“You’re feeling better now.” Artemis studies the other man carefully. Robert carries most of his tension in his eyes, and the tightness around them is mostly gone.

Robert nods. “Much. Here’s hoping for a few good days. I’ve got a lot to do.”

Robert sighs again, this time without relief. “I’m hoping the alliance is self-repairing.”

Artemis smiles thinly. “But what do you assess?”

He didn’t realize Robert could do that. He wonders how reliable it is.

“Hard to say,” Robert says. “I think CB and Agent Grant are the weak links in the chain.” His eyes focus again, and his coffee stops swirling.

“Indeed?” Artemis keeps his expression neutral. “I had assumed the weak link would be Crossfire.”

“I doubt that very much.” Robert’s amusement is so dry it’s barely detectable. “Given their focus, Crossfire is probably the most consistently reliable group among us. I’ll be very surprised if you haven’t reached the same conclusion.”

Artemis nods, conceding the point. “Vigilante’s suggestion that we kidnap and interrogate a US Senator is deeply problematic, but they offered it up as a way to get us potentially useful information and to buy us space and time, by having all the focus of that act fall on them alone. They’ve already decided to throw their lot in with the rest of us.”

“Whether we like it or not.” Robert’s amusement is much less dry this time.

“Which brings us to Regiment,” Artemis says. “Will he pose a problem?”

Robert’s eyes unfocus again. “No…” He focuses again, and shakes his head. “No, Roger isn’t happy working with Crossfire, but he sees the big picture. And he’s been in this situation before. Prodigy.”

“True,” Artemis says, “but Curveball was in the same situation. You’re worried about him.”

“It’s different,” Robert says. “They’re not the same people. Roger embodies restraint. He has to—if he doesn’t, he breaks something. Or someone. CB… well, restraint isn’t easy for him. Alex was a steadying influence…”

“A steadying influence…” Artemis nods thoughtfully. “And now that Liberty is dead, you fear he will begin to drift back into his old ways? Back to villainy?”

”No,” Robert says. “Well… not exactly. But you heard what he said at the end, there. About us not being able to handle what needs to be done. CB never talked about his days as a ‘villain’ much, but it seems to me he and his group were a lot closer to Crossfire than they were to the New Lords.”

“That still makes him a criminal,” Artemis notes.

“It does,” Robert says. “Once upon a time, that would have bothered me more.”

“So,” Artemis says, “if you aren’t afraid of his reverting to form, what is your concern?”

“Oh, I’m still worried about that. I’m afraid he’s going to decide we won’t commit to whatever he believes must be done, and set out on his own to do it himself.”

“Hmmm.” Artemis takes a sip of coffee and considers the possibility. “How certain are you?”

Robert grins. “Not very certain at all. This is CB we’re talking about.”

Artemis laughs softly. “A fair point. And to a certain extent I agree with you—of everyone in the group, he is most likely to go off in his own direction. I think, however, you can rest more easily when it comes to Special Agent Alan Grant.”

“You know something about him I don’t?”

“I know nearly nothing about him,” Artemis says. “I did of course have some resources focused on Division M, but they identified Agent Grant as a teleporter with a somewhat brash personality. I knew nothing of his other talent.”

“You still know more than I do,” Robert says. “I’m reasonably confident in my estimates, where the others are concerned, because I have a history with them—granted, my history with Jenny isn’t in the right context to be useful, but Agents Grant and Hu are question marks for me. Hu seems to be a steadying influence on Grant, but I could be wrong there, too…”

“Don’t dwell on what you don’t know about them,” Artemis advises. “Instead, think on what you know of Peter Travers.”

“Right…” Robert’s eyes unfocus again for a moment, then he nods slowly. “I trust Pete, and he trusts them. If he trusts them in this situation, then I can infer that they are both dedicated agents, but also possess a level of flexibility needed to handle the… oddities of this situation.”

“I agree,” Artemis says. “This is supported by their reaction to my presence. They certainly aren’t happy I’m here, but they’ve mostly accepted it… Grant’s jibes notwithstanding.”

Robert sighs, sips his coffee, then sets the mug on his desk with a loud thunk. “Well, maybe this new discovery about his genetic origins—or lack of them—will keep him around until I can come up with a proper reason.”

“Is that why you told us?” Artemis asks, surprised. “An interesting maneuver.”

“What? No.” Robert waves his hand dismissively. “It just occurred to me. I told you because it’s fascinating.”

“And tactically useful,” Artemis says. “You’ve discovered that three of us are immune to the virus.”

“Five of you, actually,” Robert says. “The three of you are immune because you don’t have the genetic markers, yes, but neither does Street Ronin, who is baseline human in every way, and every test we’ve performed on Vigilante suggests that the virus would be destroyed the instant it tried to enter his body.”

“I don’t even know where to begin measuring his ability to heal,” Robert admits. “Quite frankly, it’s a bit frightening. He claims to have survived literal disintegration—though he says ‘it took a while’—and Street Ronin and Red Shift back him up on it.”

“I’m aware of that rumor,” Artemis says. “It’s certainly helped Crossfire’s reputation quite a bit in certain corners of my side of things, but I doubt it’s as straightforward as they claim.”

“Whatever the truth of it is, the virus doesn’t have a chance against the samples he provided. And he doesn’t seem intimidated by it, either: he actually volunteered to be injected with it outright.”

“Out of the question, of course.” Robert shakes his head. “I’m pretty confident he would survive, but I’m not that kind of scientist.”

Artemis considers the matter. “No,” he says finally. “Neither am I. What about Bernard? He is human.”

“Is he?” Robert asks. “Based on what you’ve told me, I don’t think that’s entirely true. He was cocooning when we brought him here.”

“Something very like it,” Artemis says. “But when my abilities first manifested, I went through cocooning as well—and apparently I am not a metahuman at all.”

“Hmmm.” Robert’s eyes unfocus again. “That’s interesting, and I don’t have an answer for it. But to answer the original question: David Bernard is unfortunately very much at risk. He has one of the metahuman genetic markers. Based on some of our initial tests using his samples, it looks as if he will react to the virus.”

“Five it is,” Artemis says. “Five of us immune to a virus designed to wipe out the entire metahuman population.”

“We’re going to need a new word for that,” Robert says. “But it won’t just be the five of you. The delivery mechanism targets males carrying the genetic markers. That’s a small percentage of the population—women who carry the markers have a chance of avoiding infection.”

“You can call it a spell, Robert.”

Robert frowns. “I’m not entirely comfortable with that.”

“I’ve never known you to be squeamish,” Artemis says. “And based on Curveball’s rudimentary familiarity with magic, I assumed the Guardians had encountered it, from time to time.”

“We have,” Robert says. “It’s not that. I understand that magic is involved in this. I don’t know a lot about it—only what you’ve told me, and the few things David Bernard has said—but if we assume the things you’ve told me are true, then this doesn’t fit.”

Now it’s Artemis’ turn to frown. “What do you mean?”

Robert leans forward. “You’ve described magic as an alien thing. A ‘point of view absolutely opposed to any other point of view,’ I believe is one of your favorite phrases.”

Artemis nods. “It’s the best I can manage.”

“It works well enough. You’ve said that magic predates history—based on how poisonous it seems to be to anything it comes in contact with, I’m willing to go out on a completely unscientific limb and wildly speculate that it predates reality.”

“Interesting,” Artemis says. “It’s something I’ve wondered, on a philosophical level. My former teacher referred to this world as ‘the lie that is this creation.’”

“‘The lie that is this creation.’” Robert repeats the words slowly. “That is a very specific point of view. A point of view that would place itself completely outside of this world, which seems to be how magic operates: it replaces pieces of our reality with something else.”

“A reasonable hypothesis,” Artemis says. “It would be difficult to test.”

“And I’m not keen on trying to test it,” Robert says. “That aside, if we assume for the moment the hypothesis is right, then the ‘spell’ that’s being used as a delivery system cannot be magic.”

Artemis frowns deeply, brow furrowing. Then his eyes widen in shock. “Because it relies on science.”

Robert nods. “It relies on science. Specifically, it relies on a very specific understanding of genetics in order to identify a very small percentage of the population.”

“There’s another possibility,” Robert says. “Someone has discovered a way to alter magic. To hybridize it, and allow it to interact with, rather than supplant, our world. It’s not magic in the classical sense, it’s something new. Something modern.”

Neither of them bother to say it aloud. It simply hangs in the air, unspoken but mutually acknowledged.

“Which leads to one of the more important questions we need to answer,” Robert says. “Who would have the knowledge, resources, and drive to do something like that?”

Artemis takes a slow, deep breath. “I would.”

“Rather, a version of me. A shadow. Robert, I haven’t been keeping this from you deliberately—I didn’t learn of it until the day you revealed the truth about Project Recall, and at the time I feared bringing it up would simply complicate an already volatile situation. But I’m fairly certain I know who is behind this… and I think I even know why.”

“Perhaps that would be best,” Artemis agrees. “Very well. Let me start by telling you about a place that doesn’t exist—a beautiful tropical island named ‘Esperanza…’” 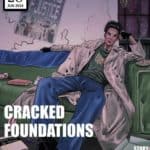 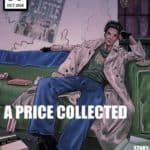