JIM WASHINGTON: Good evening. I’m Jim Washington, and this is the evening news. Tonight, our Industry Expert weighs in on the phenomenon of “fake news.”

INDUSTRY EXPERT: Thank you, Jim. This pernicious threat to our freedom started in the 90s, when people realized that the Internet was too big to pay attention to things.

NEWS TICKERTAPE: Breaking: Have we always been at war with Eastasia? Tonight

INDUSTRY EXPERT: It was a younger, more optimistic time. Some might call it “Naive.” We knew that Glorfindel733 wasn’t actually from one of the Twelve Houses of Gondolin, but we didn’t necessarily associate him with an insurance salesman from Michigan, either. Your identity was a blank slate, and you write whatever you wanted on it.

JIM WASHINGTON: What does this have to do with fake news?

INDUSTRY EXPERT: The blank slate, Jim. We looked at the name, and the person behind the name, as if they came out of nowhere. But they didn’t, Jim. They all came from somewhere. From places. From dark, dark places.

NEWS TICKERTAPE: Breaking: Tensions with Oceana, and our experts weigh in on

INDUSTRY EXPERT: It’s not just that Glorfindel733 wasn’t from one of the Twelve Houses of Gondolin. No, we already knew that. What we didn’t suspect is that he was one of the Uruk-Hai, bred by Saruman in his quest to steal the One Ring from Sauron! Saruman the White, who we thought a friend, but who betrayed men, elves, dwarves, and hobbits alike! But Glorfindel733 doesn’t tell you that. No, tells you everything’s fine, then casually mentions overhearing Pippin755 say he prefers Game of Thrones over Return of the King!

NEWS TICKERTAPE: Breaking: with Eastasia, and our experts weigh in on the

NEWS TICKERTAPE: Breaking: the inevitability of war with Oceana :: Later, a lighthearted

NEWS TICKERTAPE: Breaking: with Eastasia:: Later, a lighthearted look at a dog with 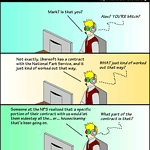 Other Duties As Assigned 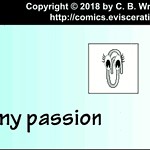 Meme A Little Meme Of Me

The Wisdom of the Sage, Continued

The ticker in this one is brilliant