Every now and again I get an email or a post asking if Curveball is a “dead web serial,” and the answer is always “no.” I’m currently writing Issue 36. I’m about halfway through issue 36. It’s a slow, painful process — and I’m pretty sure that when I’m done, I’ll look back at what I did to get there, and wonder why it took all that trouble.

But progress is being made. The ball is being moved forward. That said, there is an extra item of note that has entered my life that is making it difficult, at present, to focus.

Two weeks ago I felt a sharp pain in my shoulder. Any attempt to move the shoulder beyond a certain point — a point much smaller than the amount a shoulder is designed to move, which made it very easy to inadvertently move it beyond that point — caused streaks of white-hot fire to lance up and down my arm. It got better for a while, then it got worse, and finally on Monday I went to the doctor about it.

Pinched nerve in my neck, apparently. They gave me two shots, and prescribed me some medication — an anti-inflammatory painkiller and a muscle relaxant.

While I appreciate the medication, since it really does make my shoulder hurt considerably less (I know it’s a pinched nerve in my neck, but it’s my shoulder that hurts) it also makes it considerably harder to concentrate in the evenings, when I take the muscle relaxant. It either gives me insomnia or puts me immediately to sleep (it hasn’t decided which it wants to do yet — I’ve taken it for two nights so far, and it switched things up each night) but in either state I’m in a kind of chill, whatever headspace that doesn’t really focus on much of anything. It’s not productive at all, and it’s certainly not helping me write superhero and villain battles.

So now things are going even slower. But they’re still going! I’m still writing! The story is not dead. 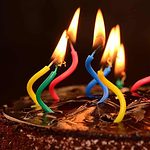 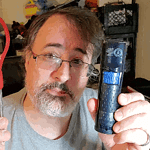 I Shaved My Head For Quarantine

What a Piece of Work is Man: An Unweeded Garden

Yah I miss Curveball but you gotta take care of yourself, first and foremost!
Health issues are the worst, so focus on getting better.

I’ll stick with the drugs for now. They seem to be helping.

Wishing you a speedy recovery – maybe it’s not magic, but perhaps sticking pins in your head might help!
All the best from this side f the pond

All the best, look after you first. I’m sure most of us still here from the ubersoft days, especially a few of the slower update years, will still be here when you finish.

You’re letting _your_ life get in the way of my reading? Good for you. Take care and we’ll be glad to move forward when you can.

If it keeps doing bad things to your sleep pattern, talk to your doctor again. There’s usually more than one possible drug to fix a given condition.

Hi – hope this finds you, and yours, in good health.
Sorry I missed the one year anniversary of this posting by 2 whole days.
Hopefully I won’t have to wait another year for an update!
I really need to know if your hair has grown back – so that magnificent hat of yours doesn’t fly away.

I would be a septuagenarian, but my birthday (in February) has been postponed indefinitely, by circumstances beyond my control.

All the best from this side of the pond

Hopefully you won’t have to wait a year!

My hair is still absent. 😀