I’m working on collecting Issues 13-24 into a Curveball Year Two book. Part of that was getting them actually edited, and I figured that while I was at it I might as well get Issues 1-12 edited, and re-issue Curveball Year One with all-new, cleaned-up text.

I figured “hey, since I’m going to re-issue Issues 1-24 with edited text in novel form, I might as well update the individual ebook issues as well. And since I’m doing that, I should go ahead and update all the freaking web pages to boot.” So that’s one of the bigger projects I’ve taken on this month.1

If you’re a Patreon Subscriber at the $1.00 tier or higher, you’ve already benefited from all this work, because the Patreon Editions are already updated in PDF, epub, and mobi formats. The web pages will be updated next, hopefully next week… and then finally the ebooks that get sold on Amazon, Kobo, Barnes & Noble, etc. will be re-uploaded.

(Whether or not those of you will be able to benefit from the re-uploaded ebooks is a question I can’t answer–Amazon tends not to update an ebook that’s already been purchased. I’m not sure what the policies of the other services are).

Finally, after all that is done, Curveball Year One will be re-issued under a new ISBN and Curveball Year Two will be published for the first time–both in ebook and trade paperback formats. I suspect this will be sometime mid-October.

For those of you who are wondering what the difference is between the version currently on my site and the Official Edited Version, the answer is “it’s pretty much the same, but better.” Basically:

Anyway, at this point it looks like the back issues will start being updated about the same time as Issue 26 goes up. So if you click on the tracker you’ll basically see my site going nuts as three-year-old pages shoot to the top of the list because they were recently updated with all kinds of editing goodness.

Over on BBC Two 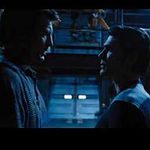 Status Report: Here Is Us, On The Raggedy Edge

Over on BBC Two

SF Is Better Than Every Other Genre Imaginable, Ever

Why I Love (and Hate!) the Wheel of Time